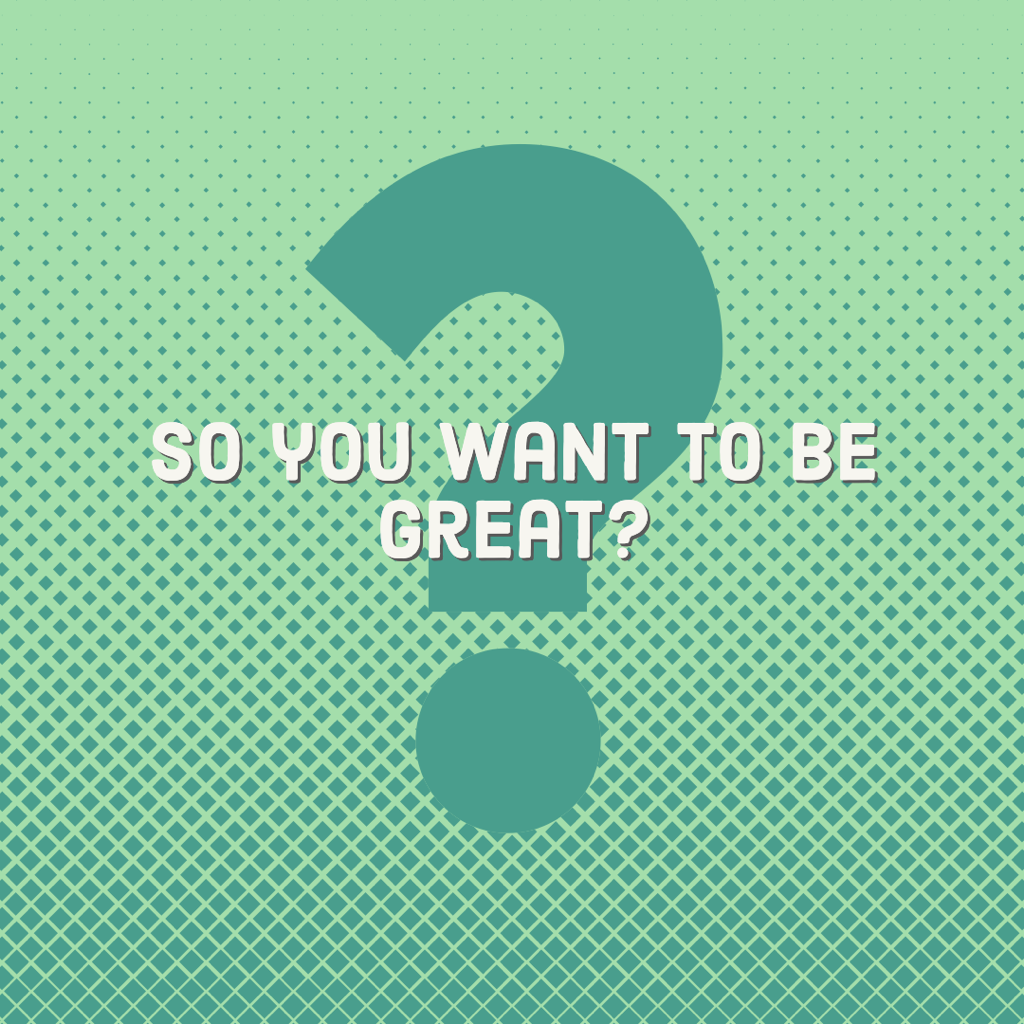 So, you want to be great?

Humans of both sexes often aspire to greatness. We see it on the field in sports, on the stage and screen in entertainment, and in the classrooms of academia. There is nothing inherently wrong with wanting to “be the best you can be”. All have heard, “Do your best”, or “Give it your best”, from a parent, teacher, coach, or good friend. Sound advice! “Anything worth doing is worth doing right”, some said.

The world is preoccupied with greatness. Who is the greatest of all-time? It is asked about athletes, actors, and entertainers. It is posed concerning quarterbacks, pitchers, kickers, shooters, and hitters. The debate is unending. The question will never be answered to everyone’s satisfaction.

The standards of the world regarding greatness revolve around records and riches. How much was he paid? How many touchdown passes did he throw? What was his completion percentage? How many homeruns did he hit? How many games did he win?

Jesus’ disciples were also concerned with the matter of greatness. His “Little Child” discourse was delivered when the disciples came asking, “Who is the greatest in the kingdom of heaven?” (Matt. 18:1ff). Jesus reminds them that unless one is converted and becomes as a little child he will not even enter the kingdom (v. 3). He declares, “Whosoever therefore shall humble himself as this little child, the same is greatest in the kingdom of heaven” (v. 4, emphasis added). Jesus would address the subject again in Matthew 23:11 by simply, but emphatically stating: “But he that is greatest among you shall be your servant.”

Mark’s account reveals that during the trek through Galilee on the way to Capernaum, the disciples “had disputed - (“reasoned”, Luke) - among themselves, who should be the greatest” (Mark 10:34; cf. Luke 9:46-48). Jesus, knowing their hearts, said to the twelve, “If any man desire to be first, the same shall be last of all, and servant of all” (v. 35).

The concept of the Christ is far different, but vastly superior, to that of the world. Jesus further explains, “Whosoever shall exalt himself shall be abased; and he who humbles himself shall be exalted” (Matt. 23:12). The way up is down!

The exaltation may not even come in this life, but it will come “in due time” (1 Peter 5:6). Our Lord humbled Himself to die the despised death of the cross (Phil. 2:8). He would, however, following His resurrection, be greatly exalted (Acts 2:33; 5:31).

Still want to be great? If so, humble yourself, obey Him, and follow Him.